A SETBACK IS DEFINED(NOT LITERALLY, AS THE THING YOU DO WHEN YOU BLOCK OFF THE LEADING ANCHOR OF A FLOURISHING AND VERY PROMISING INDUSTRY, THAT TOO A MILLION DOLLAR INDUSTRY AS OF 2019.

Its been about 3 months since government made an announcement about the departure of our beloved battle royale(Pubg Mobile) .It has been an uncertain situation from then about the comeback of our the game . For those of you reading this who don't know about what pubg mobile is please head on to our another article which goes in detail to tell you about what the game was with a pinch of sarcasm .

So what would have gone wrong 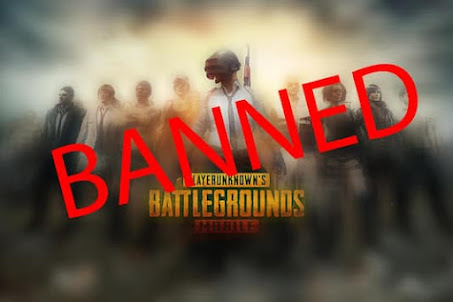 government announced that they will ban pubg mobile with 117 another apps ,because they may pose some threat to national security .This security lockdown blocked off some of the very promising apps(here meaning that they could have had a very good future).and big names like TikTok, ShareIt , UCBrowser and many more . Thought there were mixed reactions to the same because pubg mobile became a daily job for many .
We respect the decision the government has taken if its for the overall good of the country.
The most recent news was that it cannot be released before March 2021 while the government officials have been rumoured saying it won't be back or that it hasn't been permitted by the central government
Well lastly i would like to add if anybody who does anything that might be doing something right now that may even further delay the comeback of pubg back  #bringpubgback